Best outdoor app to use with Coach Jack

As I commented on the video I found on YT, I miss the option to record my GPS rides with TrainerDay, BUT this new feature is enticing… The bad season is beginning, so I will have the “opportunity” to ride indoors for almost 6 months: for sure, I WILL try Coach Jack’s planning ASAP !

So sorry, I saw your YT comment in my email and when I went to the video I could not see it… Not sure what happened, bad eyes or something. Yes I think most people here use Garmin or Wahoo to record their rides. Are you saying you are looking for an outdoor app for your phone?

These guys are integrated with us 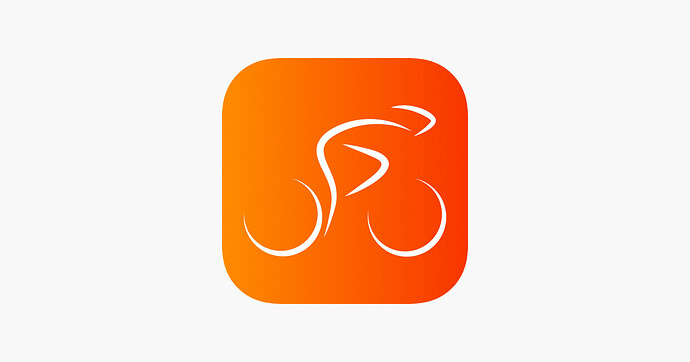 ‎Super effective and most simple to use bike computer. Connect all your bluetooth bike sensors and get your data realtime in your dashboard. Review your data afterwards and upload it to your preferred third party platform like Strava and or...

and he would integrate farther to allow people to follow their TrainerDay plans in this app. Can you confirm that is what you are looking for? He had Android before but said he had very few users but is also considering that as well.

I do think a phone app will provide the best experience for outdoors but I think most cyclists are still not willing to use a phone on the bike. I do belive that is changing though. I have ideas on how to create a phone based ultimate outdoor interval experience.

Well, nowadays, Android apps only use BT (native Ant+ has been removed since Android 9.x from most devices), so it’s impossible to run at the same time several apps reading data from the different sensors :-\

The only possibilities are:

As I said, I will try TD with Coach Jack during the long Winter season, hopefully there will be a solution for the next Spring, if the coaching feature gives me good results

PS: BTW, I’m currently using a “competition” (X…t) which does record GPS while it’s playing the selected workout. But I should be able to use TD inside, while BigRingVR is controlling the resistance of my home-trainer. Can’t wait to try. Probably next week, as I still have 2 workouts planned for this week…

Thanks so much for the explination. Let me ponder this a little. I have an idea for a different kind of outdoor training app that would be better in my opinion.

So you are saying BingRing works outdoor? Or have you been using something else?

So TD + BRVR is the combination I would use during the Winter, to follow a training plan and to have some fun riding virtual (video) routes.
Hopefully there will be a solution in 6 months, when the good season will come back, to use TD outdoors…

Hi. Does checkmyride allow uploading workouts? On either Apple or Android?

I am looking for an outdoor app that imports td workouts and connects to powertap p1 pedals.

The app connected to the pedals but I could not see how to import a workout.

Hi, ours is not outdoor but we are adding GPS recording soon. My developer is working on it now but I still guess it is about 2-weeks to a month away. Checkmyride is actually working on connecting with our calendar soon. He thought he would start development last week, so he might have something sooner. You can search workouts in check my ride but not follow a plan at this time. Sorry but, I don’t know of any apps at this time only Garmin or Wahoo.

I started TD this winter and just starting to ride outdoors again. I don’t have a garmin or Wahoo (yet). I have tried using my phone on a couple of rides, but I find it hard to read the screen on bright days. It looks like I may be ordering a computer soon. Checkmyride works well for pairing with the pedals and heart rate monitor, just hard to see, and I have to low tech the workout (if I don’t have something to follow I usually ride too hard.)

I love the workouts and training plans, and the fast feedback on the forums - I hope TD continues to be successful!

Garmin and Wahoo are not amazing for following intervals outdoors either but they seem to be the best for now. Yes TD is on a very good path thanks so much!!!