I use Coach Jack to build my plans, I am very wary of the lack of true 80/20 in the list of available bases. Indeed, even the polarized or the crunched power are not in the form of 80/20. The crunched power is pyramidal and the polarized is on basic form (not enough high intensity work volume).
We can of course get by with the custom but I find it really unfortunate that the basic polarized is not polarized at all. I don’t know what to think about it?

Hi Fred, actually we are 100% proponents of what we belive the principals definining Polarized Training. But we would use that to the nature of what Dr. Seiler is describing not “the numbers.” If you listen to Dr. Seilers talks for example he says don’t chase numbers. Anyway. What he is proposing is more easy rides and less hard rides. He says 80/20 but he actually contradicts this and even his daughter says she does a Polarized plan from her dad doing 1 hard day followed by 2 easy days. His studiest are not long duration plans so again I would go with the nature of what he says rather than specifically looking at numbers.

Our Polarized plan generally will be 1 workout a week with his Zone 3 intervals (3-zone system), this fully follows the nature of Polarized training in my opinion. When Dr. Seier did this tests he was doing 5-days a week of training. I have not heard him specifically say it but I bet if we asked him if you train 4 days a week and do 1 hard day he would also constitued that as Polarized. I think he is talking about people doing 5+ workouts a week.

Secondly if you look at time in zone we are less than Dr. Seilers 90/10 for TIZ “max limit.”

You can see the TIZ below it is 12 minutes of the entire week that is in Zone 3 the rest of the week is in Zone 1 (defined by him as below 80% but that is individual).

If I am wrong here please let me know. Finally we also add more “old school” practices into polarized by still doing volume / intensity manipulation and progressive overload. These are principals that are more proven than Polarized but we add them into a “Polarized+” plan.

If you look at the nature of all our plans they are all significantly more time in Zone 1 (less than 80%) than most platforms and plans out there.

The thing is there’s more work in zones 3+4 than zone 5. For me it’s unproductive, I think it should be reversed. I tend to think that the volume at the sweet spot is too large compared to the volume> 110% FTP.

This are intervals.icu total power for illustration

You have your Z1 set to 71.6%, we use Seilers 80% limit although I realize 71% might be your actual limit, we don’t take your personal Zone 1 limits into account, this would be an enhancement we need to add. I personally also like lower limits for Zone 1.

I also would say, also because we are adding additional parameters like progressive overload and volume manipluation as compared to focusing on a TIZ focus becomes secondary. Our TIZ is heavily weighted towards Z1 at Intensity level 1 in the first weeks and slowly picks up.

If you look at Dylan Johnson he suggests pyrimidal and polarized are brothers and even hear Dr Seiler he says he personally actually does more pyrimidal. But that said if you don’t like Zone 2 and want to definine your Z1 limit at 71% I can fully appreciate that.

It’s possible it would be easy for us to incorporate more towards your desires for Polarized without to much work but we will think if there is a way in future iterations on how we could deal with that in an optimimal way. You could try creating some of our custom plans and set your ramp rate to flat and it is possible you might find some thing that has a TIZ focus like you like. But the problem is we increase intensity over time. Maybe a 8 week plan starting at intensity level of 1 might be the right TIZ but now what you want.

Thanks for you reply Alex. The 71.6 is not my limit but the the volume spent in each zone. 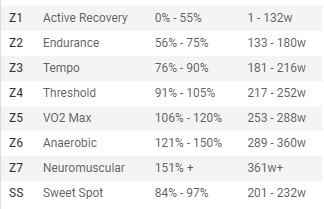 In my idea, we are doing too much work on zone 3 which inflates the total made in zone 3 + 4. Too mutch fatigue for a small gain.

FWIW: in my opinion, @alex is correct. People are trying to put the Polarized idea into numbers but I don’t think you can do that…
The basic idea is really very simple: 1 out of 5 sessions can be hard, the other 4 are easy. To give some idea about easy, VT1 is usualy considered the upper limit. But consider the following situation:

I believe that hard/easy is defined by the level of recovery you can achieve in 24-36 hours. Because that will decide when you can do another session.
The way I see Polarized (and what I understand from many hours of listening to Seiler) is that you should only do one session out of 5 in such a way that you get close to failure. The other 4 sessions should be slightly chalenging, but should feel like you can realy cope with the induced fatigue. Doing things this way, makes sure that you will be able to do the hard session with good quality.
And that hard session isn’t necessarely a VO2max session. Depending on the training phase you’re in, it can just as well be a Treshold or even SweetSpot session. If you make it long enough to be really hard, it IS a hard session.
Trying to put the above in numbers for intensity targets and/or TID will always fail but it follows the number one rule. I can’t believe that Seiler would want us to do VO2max/Anaerobic stuff during base phase. Rather a very long LIT or a highly chalenging Sweetspot…
Looking forward to your comments.

Thanks for the clarification… You would have to send me your plan for me to see but generally if you start at intensity level 1 our plans have very little time in zone 3 and what is there is at the very bottom of Z3. Obviously there is a big difference between 2 minutes at 78% and 10 minutes at 85%. My guess is if you try these workouts they would feel “easy,” and will fall in this definition.

This workout is the last week of 12 weeks which is when the intensity is at clost to it’s highest. If you slide up the intensiting knob that increases the TSS as well so will give you more time in Z3 as this is designed to be a progression in terms of tss via both time and intensity. 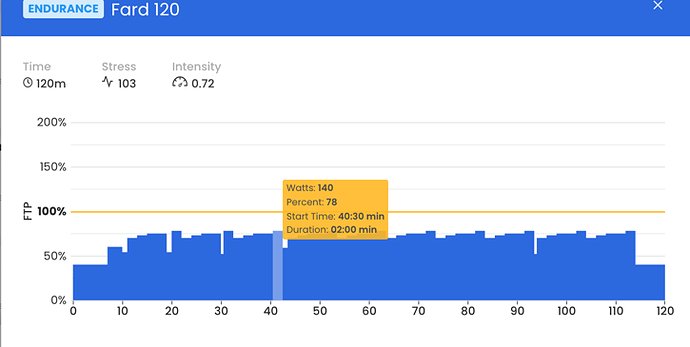 Still you are making a vaild point here that I need to consider. As a personal preference some way to limit the easy intensity.

Very nice, Claude. Yes, this is the part where Coach Jack is less polarized than Dr Seilers definition, in that our hard is not super hard until the end of the plans and even then due to the natural progression should not be killer hard or close to the point of failure.

I also have listenend to Seiler a lot and agree that he has clearly stated hard Sweetspot and Threshold can be very hard and fall into his definition of Zone 3 (hard) as well. I remember he gives 4X8’ threshold as an example. And your point is long can also be hard when it pushes you far enough.

This link was posted recently on the intervals forum 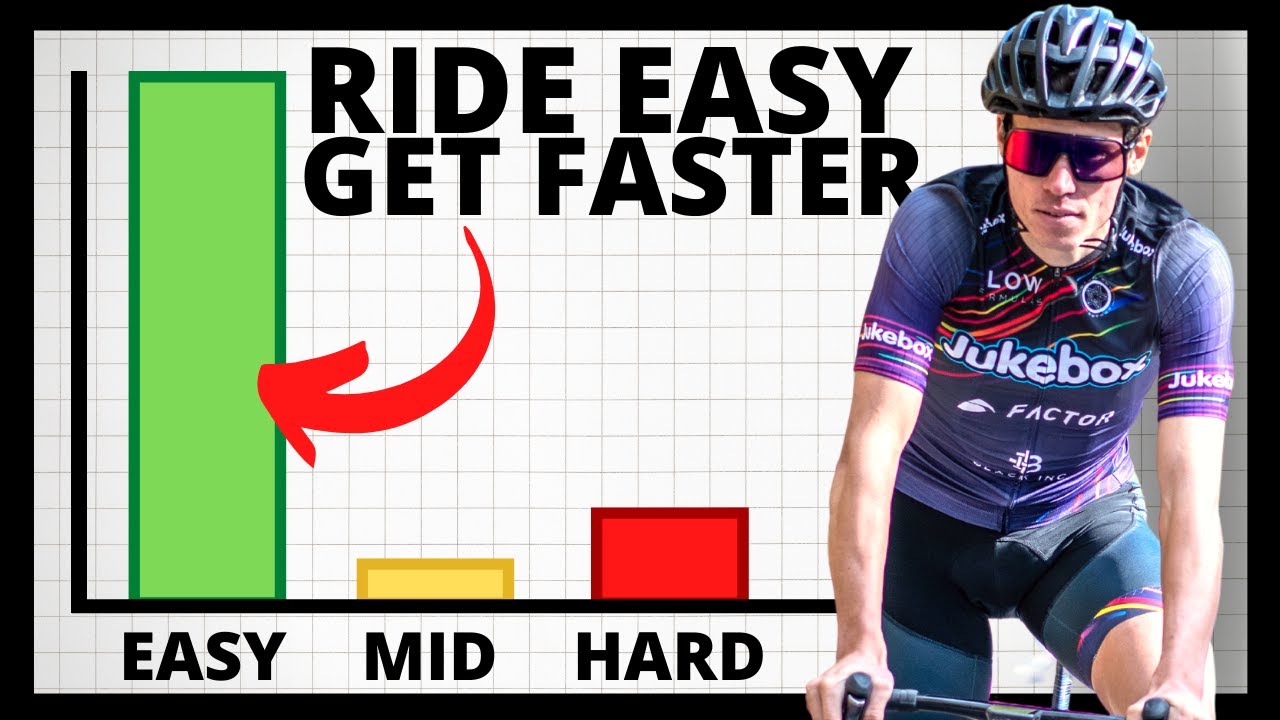 It immediately made me think about this thread…