Data smoothing in your app compared to Garmin with Assioma's

I tested the 1.6.4 version today, recording a ramp test, using the Asioma’s, while doing a BigRingVR ride, capturing the Neo 2T’s power.

Apparently, there’s a course, as I got a map - I only noticed that on Strava, but I probably am overlooking a setting (?).

The power curve from the Assioma’s doesn’t look good. You’d think that is a result of capturing power from pedals, but I’ve cut out an equally long stretch from an outdoor ride, also from the Assioma’s. That looks a whole lot better, which is what I usually get. 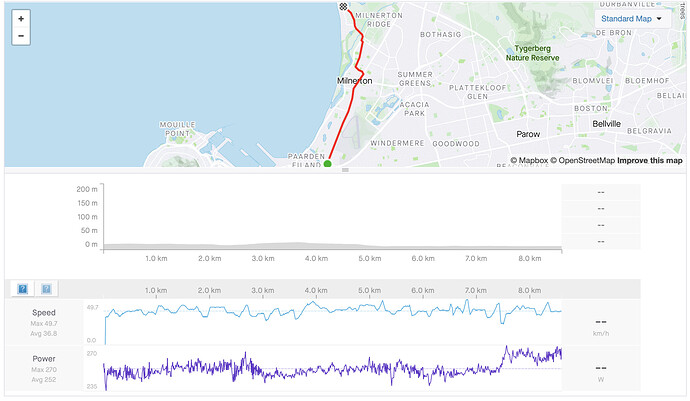 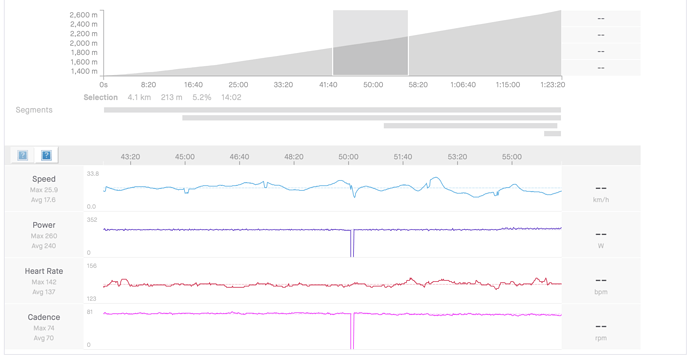 Oh no I thought you were not ready yet… I need a different ramp test for analysis. I hope you enjoyed it

It looks like Garmin has smoothing but we will review this.

I didn’t actually do the ramp test, I just picked the first workout I saw.

I’m never sure how that smoothing works - the Garmin Edge is on 1 second recording, but my display is showing the 3 second average…

I don’t know either, I will record both Garmin and our app at the same time both 1s and 3s display on Garmin unless you have time

I can do that…

Cool send me both files please

The Garmin doesn’t flinch, whether I put it at 3, 10 or 30 seconds average (display), it remains a second-by-second recording.

For the second test, I disabled 3-sec smoothing (on for the 1st)

Okay, it looks like actually Strava doing something. I didn’t get anything from the earlier ride to GC, but now that I look at these two, the power curve looks much more like the TD App one. 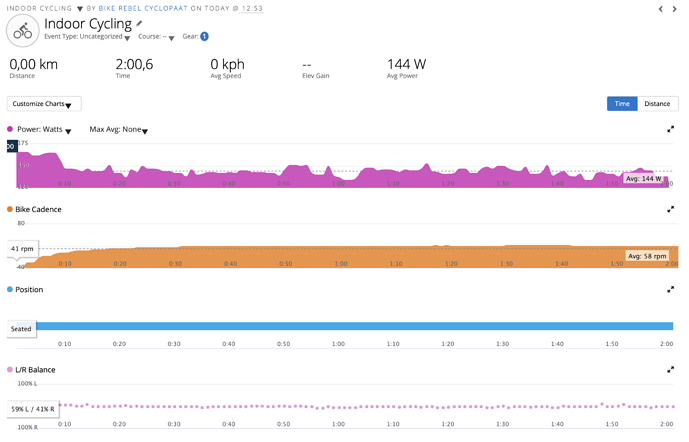 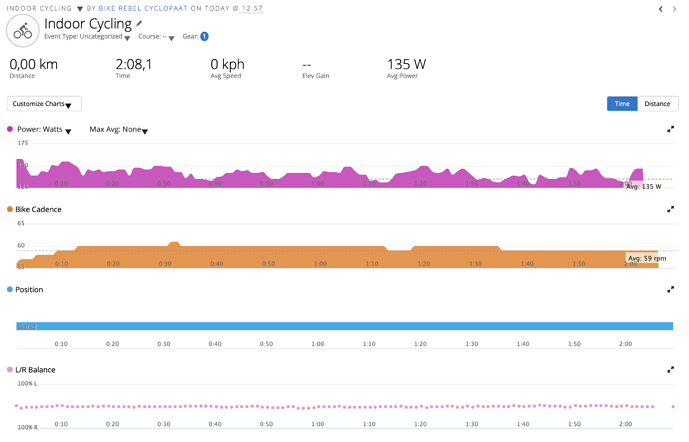 Still, it’s weird that if I take only 2 minutes from that outdoor ride (GC recording), I do not see that kind of power curve. Maybe it is like that as the power for the test was low and you get less fluctuation at harder efforts?

(Which still doesn’t explain why today’s first TD App ‘test’ did show the same mess, even at higher power. I can email you the files, if you need them.) 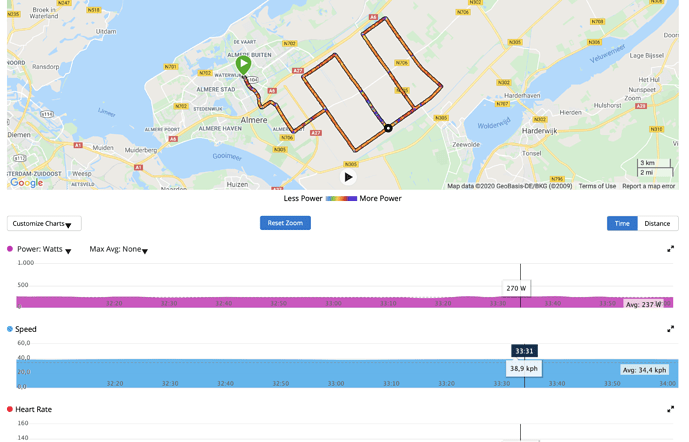 I will review this later that if you are using out app in single sided mode the power will be more erratic. So it depends on your Assiomas settings. I realized I am not sure what we are talking about regarding eratic. Let me review more and try to understand.

I can only use it in single sided mode, but the Assioma ‘unify’ is on, i.e. L/R are combined, the power doubling in the TD App is off.

I just zoomed in more and on the outdoor GC recording, data points are plotted every four seconds, whereas in the TCX file, data is recorded per second.

This may have to do with the length of the activity, because in the short recording posted here, the data points are plotted second-by-second. There might be something about this in the GC documentation, but I don’t think it’s worth the effort.

I will record my next long(er) indoor activity using my Neo on my Edge too, to see if that does the same thing, i.e. plot 4 second data points…

I see the problem with the original comparison. Two totally different scales because new has a 0w section and assioma’s do not… See below 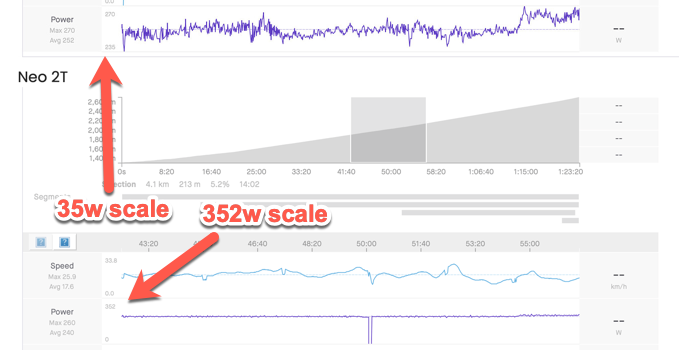 And yes, if you then also apply different scales, the one with the higher scale will look even smoother.

If I use the zoom screen and then take 10 minutes of the long ride, you get this (it’s not the same 10-min cut-out as before).

That just looks ‘better’ because it uses a 5-sec data points plot.