I have downloaded several workouts from TrainerDay and sent them to my Garmin Edge 820 computer as well as a Garmin fenix 5 plus watch.

Most of the time I just turn on my computer, jump on the bike and ride. Sometimes I used these workouts from TrainerDay. The problem is that my readings from my TrainerDay workouts seem weird to me. Most of them (though not all) are steady effort workouts for 45min - 2 hours. They usually involve a little warmup and a short warmdown, but generally it’s a “hold at X power for for 80% of the total time”.

Usually I cycle at ~29kph, ~90rpm, ~185 power. The beginning of my workouts line up with that. However, when I look at my speed at the end of the workout, it often says I’m going over 50kph, which simply isn’t possible (for me). Sometimes I’m not even sweating and I’m over 40kph. Here is the workout I was doing.

I downloaded all my second-by-second data from Garmin and made a graph. The black workouts are the ones were I just ride and watch a show, trying to maintain ~30kph or ~190power.

The red ones are the designed workouts I downloaded from TrainerDay. I’m still basically in the same speed and range, but as you can see nearly all the workouts just keep saying I’m getting faster and faster.

My computer was out of battery one time, so I used my watch instead (blue line), also with a TrainerDay workout and it showed better results. However, this workout was severely underpowered and I didn’t break a sweat the entire time.

One last thing that happens: When I’m doing these TrainerDay workouts and I stop for a moment (refill water bottle, open window, etc.) the resistance on the trainer get’s so strong that I basically cannot restart the cranks. Eventually, with all my body weight, I am able, and after a few rotations it goes back to where it was before I stopped.

If anyone has suggestions I’m very confused by this. 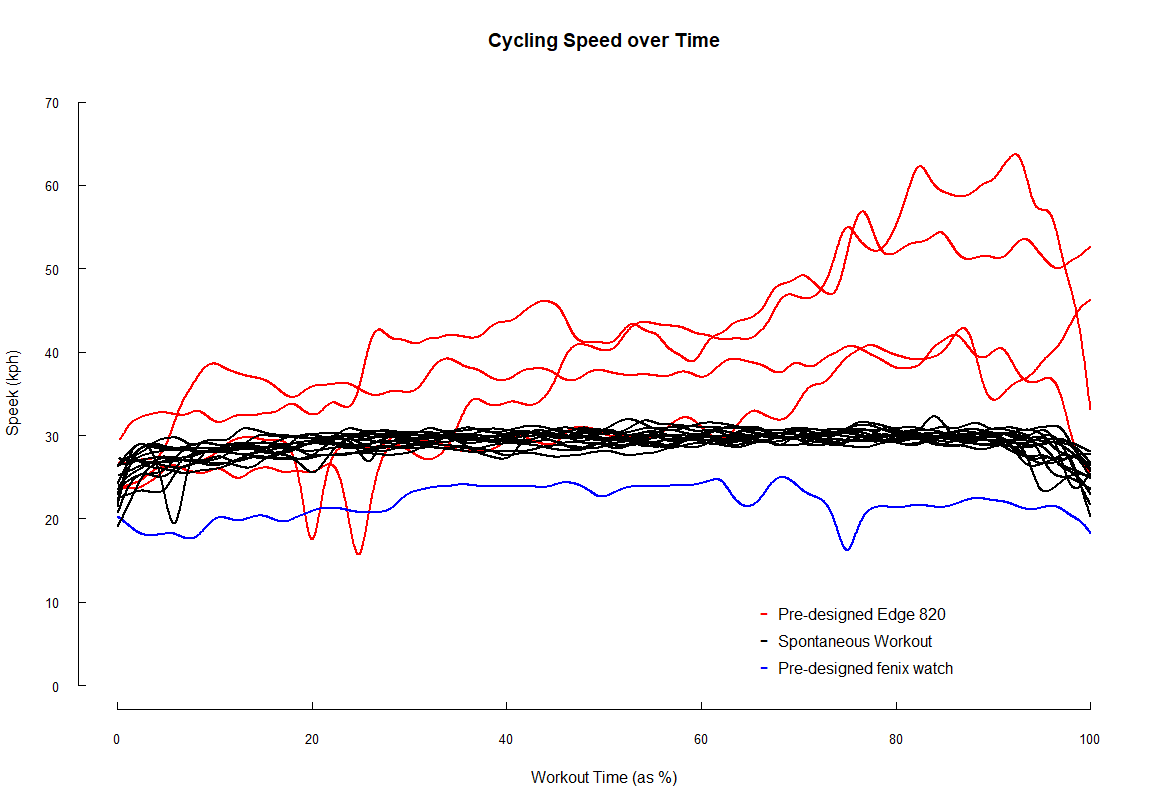 Yes this is very strange Michael. I am not sure if you are on free plan or not, on the paid plan you can set to 1-second and exact power. It’s possible that will fix your problem. See in apps and devices below. We have a free-trial if you need for testing.

If you then send it to your calendar like this, you can click on the calendar in GC and see if GC has the right data. 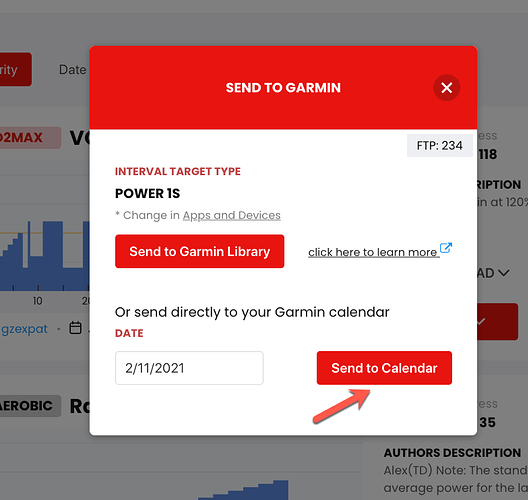 I am trying to test this now but GC seems to have a problem at the moment.

I just verified and our app sends correctly with 1-second / Exact power like my screenshot. Mostly this is used for outdoors so the range is fine but indoor you might have to upgrade but if this is all you use it for is sending to Garmin I can give you a special price if you email me. 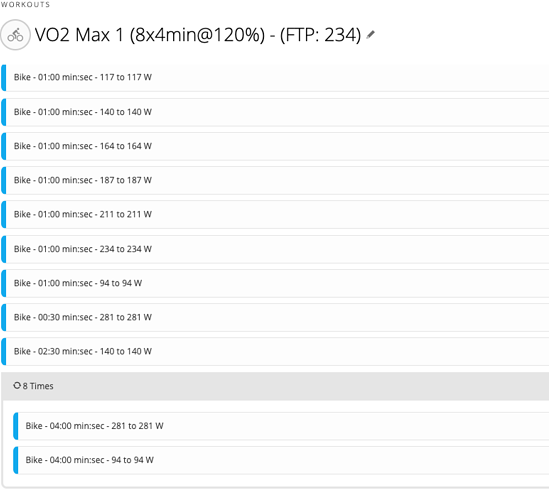 I think the speed issue is a bit of a red herring, especially with indoor training. By default your Kickr Core will be transmitting speed data but this speed is based upon the inertia of the flywheel. If you are running your workouts in ERG mode then you can change the flywheel speed through gear changes, this will also change the ‘feel’ of the workout.
Honestly I would not worry about the speeds, they are purely an output metric of the session. You are training by power and as such the speed just happens to be what it achievable within that power range.

As for the lock up of the trainer this could be a result of workouts in ERG mode. If you are running in ERG mode the trainer will hold you at your prescribed wattage.
Power is a simple equation of force times velocity. You are in control of the velocity side of things in terms of your cadence and the Kickr will handle the force side; the resistance applied. So if you slow your cadence the trainer will increase the resistance to make the same watts.
In your case you stop and get off the bike, stopping your cadence. When you get back on it feels locked up preventing you from increasing your cadence to allow the resistance to drop. The best way I have found is to back pedal and trick the trainer into seeing a cadence increase and then knock it forward and get on top of it as soon as you can.

Adam and Alex, thanks for both of these replies. I’ve been slow in figuring out what to do with them because I’m basically so lost. Your responses led me to do more research about ERG mode, testing and setting FTP, etc. I’m feeling like I have a much better understanding now, so thank you.

Alex, I’ve subscribed, and we will see if this clears things up. Hopefully I’ll know after tonight’s workout.