Hi, this isn’t strictly a TrainerDay issue but thought I would ask in case anybody else has had the same thing.

I have just bought some Vector 3 pedals to gain some extra stats (cycling dynamics) during my training but I have a problem. My indoor trainer is a Wahoo Kickr Snap and head unit is an Edge 830.

So, is there a way around this problem? In summary I would like to complete indoor workouts on the trainer where the resistance changes automatically based on the Vector 3 power reading while also recording the cycling dynamics.

Edge (Garmin in general) favors “real” power meters if multiple power sources are found. So your Edge will always display the power from the Vector power meter even if other sources are paired.
If you pair your trainer (NOT the sensors from the trainer), the Edge will send the power target to your trainer and control the trainer with that target. If trainer and Vector pedals differ in power, Edge will not do anything about it because it has no “PowerMatch” function. If the difference is small, this is not a big problem. So you should have your trainer paired as smart trainer and your pedals as a sensor, both on the Edge.
If you want to control your trainer with the power from the pedals, you will need to use the TrainerDay App. The PowerMatch function in the app will offset the target to the trainer to match the power from the pedals. When using the app, don’t pair the trainer to your Edge. In fact don’t pair anything from the trainer.
I always use TrainerDay app to control my trainer and record on the Edge. This way, you have all the data and your resistance is spot-on.
If Kickr supports the Vector as an external power meter, there should be no reason why you couldn’t pair the Vectors on both the Kickr and the Edge. In that case, theoreticaly, Edge should send the target from the workout to Kickr, which adjusts resistance based on the reading from you Vectors. And you don’t need to rebroadcast that signal. When using ANT+, there is no limit on the number of paired devices. Just pair the Vectors as a sensor on your Edge at the same time.
In this config, Kickr itself is doing the PowerMatch.

Hi Paul, I was going to respond but Claude’s response is perfect in my opinion

@MedTechCD thanks for your thorough reply. You make a good point at the end, the Kickr should be doing the PowerMatch with no need to rebroadcast that signal. This makes me think the two aren’t linked correctly. I will investigate more today.

I will also try your method of using the TrainerDay app to control the trainer with the Edge used for recording. This will definitely help with the workouts that can’t be sent to the Garmin calendar (such as Violator and The Shovel etc.).

Thanks again for your help
Paul,

Yes I did not realize it was possible to do this power match directly inside the kickr, that is a great solution as my guess is their power match is better than ours as it avoids all the complexities of double re-adjusting.

This article discusses it. 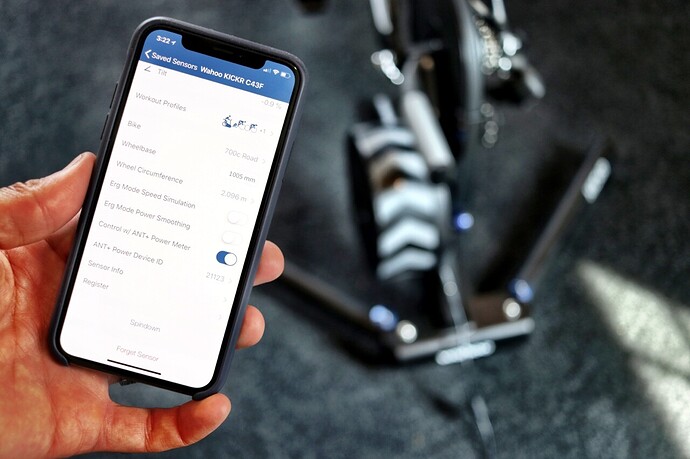 How to Enable the Wahoo KICKR/SNAP PowerMatch Feature and Why You Should Do It...

If you have an ANT+ power meter and a Wahoo KICKR or Wahoo SNAP, you might not be aware of a neat little feature the KICKR/SNAP has. Surprisingly, most people I talked to aren’t aware of it, or know it’s there but don’t have it enabled. The feature...

This will definitely help with the workouts that can’t be sent to the Garmin calendar (such as Violator and The Shovel etc.).

Oh really latest version supports 100 steps I did not know that. We will have to test this. 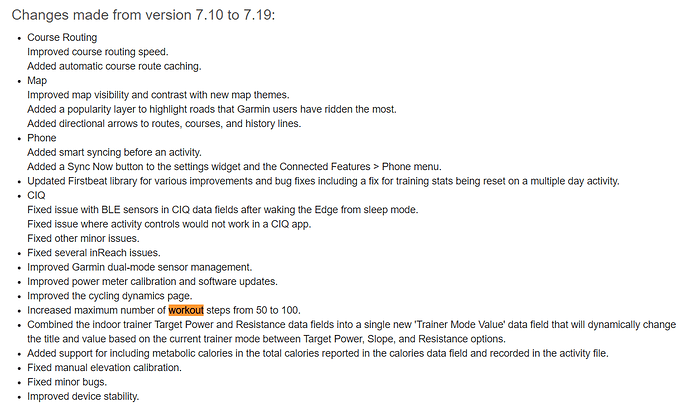 I had hoped last month after updating my firmware it would resolve that problem but sadly not. If I try and send The Shovel’s workout which is 100 steps, it still fails with the same error message. Anything over 50 doesn’t seem to work yet. I guess the 100 steps isn’t implemented for workout imports into Garmin Connect yet. I hope they sort it soon though, very annoying.

@Alex it would be great though to see the number of workout steps, maybe next to Time, Stress, Intensity etc. I normally click ‘Copy Workout’ and then count how many rows there are in the table. Even just adding a new column with row numbers in the workout editor would be a nice addition. Unless of course, it’s already there and I just can’t see it.

I don’t know if the error is generated by Trainerday or GC…
It could be TrainerDay not allowing to send workouts with more then 50 steps to GC?
@Alex should know

Part of the problem is it is not exactly 50 steps. What we do is try to convert intervals into interval sets. Meaning 5 X 5min @ 110% + 3min @40% is only 1 step but actually it is 5 intervals and 5 rests. But when we send these whether it is repeats like this or just a single interval they return an error for different amounts. You might be about to 50 X, which is really 50+50 steps and it might actually work, but other times it crashes on 32 steps if some of them are these repeats. I do agree a sequence number would be nice because usually 50 steps works and 50 something does not. We actually don’t have room on this page at the moment for anything else and I believe this does affect users that often, but obviously someone like yourself it does. People using garmin to control their indoor trainer I think is a fairly small group, I might be wrong. And I don’t think 50+ step workouts are that good for outdoors… Again maybe I am wrong. Please create a request for showing a total step indicator in a new thread and lets see how many votes it gets.

One place we do have room is here (see below). This excel like editor does not have any more room on the side for steps even though it might look like it does and it is complex to modify this how this looks/works. 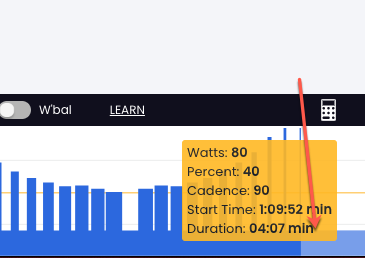 This is a a garmin error, so it’s possible the improved their devices but maybe not their API or maybe not Garmin Connect web site, hard to say. I could contact them. It would be nice if they would allow longer from the API. The problem is old devices won’t likely support it so hard to say how they will fix it.

Here is official word from Garmin. Only 50 steps is possible. 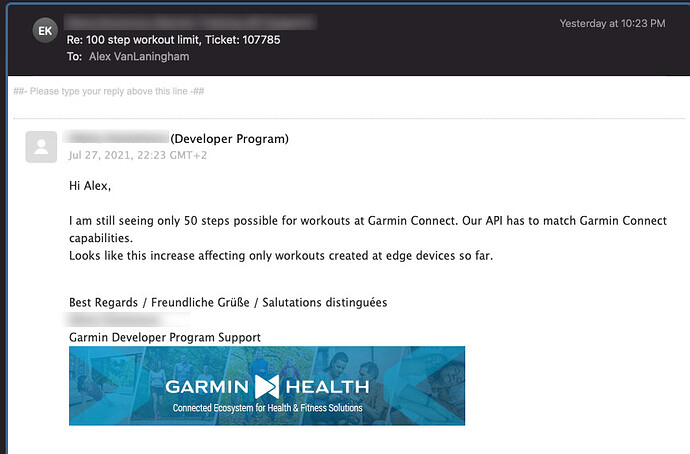 Thanks for confirming that @Alex, hopefully they will up the limit in the near future. I will create a request for showing total step count now.