How does the new power match work?

So I mis-calibrated my power meter and it made it clear the potential problem withthis first algorithm. In this case my power meter reads high on the lower wattages and low on the higher wattages. This is only a problem with short intervals as it takes about 10-15 seconds to adjust itself and after that it’s not a problem, so it should solve the problem with the slow decline you were seeing but as you can see it does not work perfectly in all situations. I am not sure why the first interval was so far off.

Installed it yesterday and will test today.

. Any future plans of having 3s,5s, 10s etc smoothing options?

Anything visible on what PowerMatch is doing at a certain point?

Great news. Yes see this topic, I want it soon 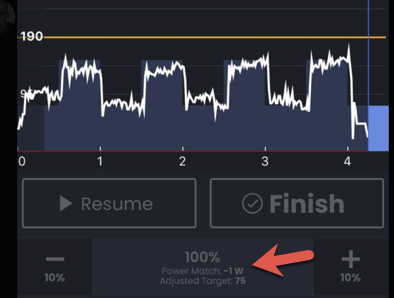 My bad, voted for that already

I’m trying out the beta now on an endurance ride… doing half of the ride now and will finish the other half later. There are definitely still some flaws, but once you’re actually riding, it’s not too bad. If you get off the bike mid ride, getting back on takes a bit of time before you’re back into the erg mode which makes sense. It felt like I was really cranking (low cadence high power – >300w) to get back where the erg was working at my 198w target.
When i first started using it today, I had to close and restart the app as well as disconnect my trainer a couple times before everything worked okay. At first, my power slowly dropped off as my cadence became higher, signifying that the trainer wasn’t increasing resistance. I tried shifting to a harder gear but this only helped for a brief moment. Also, manually increasing erg % above 100 with the +/- wasn’t working even if I had the erg up to 120%. This is probably just a beta app thing. After restarting app and reconnecting devices, it wasn’t so bad and seems “good” throughout the ride to where I am now with the exception of the really hard start when I get back on after stepping off for a minute or two

My power looks something like this: /\/\/\/\/\/\/\/\ towards the beginning of the workout as the power slowly declines, then adjusts, slowly declines, adjusts again. This might be that heat issue that was mentioned in the facebook group. After a while, it becomes more steady.

. I’m riding while typing this now so hopefully I am communicating what I’m seeing. I wonder how other apps change their “power match” when the rider changes gears… If I shift into a different gear (even though not really the point of erg) it takes a little bit to get back into resistance. as expected…

Screenshot would help. Are you saying power match is not working well for you? It’s not perfect from my perspective but a lot better than no power match in cases when the power meter is noticably different than the smart trainer.

Oh I missed this response. If you see this >300w thing can you take a screenshot? I want to know what the offset is at that point. Yeah some of this is beta problems. We also wait 20seconds before starting to make adjustments, we are going to change that to 13. Your feedback helps

Absolutely, I’ll take a screenshot later today once I get back on the trainer. I think a 13sec could help with this exact issue. It wouldn’t be such a problem if I was in the small chainring or higher up on the cassette I suppose, but I’m normally big chainring-halfway down the cassette while riding in erg.

Is there a better way I can get screenshots to share? Mid-ride would look something like this:

Or is that okay?

That’s fine screenshot, I just don’t see any problems problem. You can press pause while riding and see the entire workout while still riding. I think a few small changes will make it much better. This + - bug.

Sounds good. This screenshot was after the fact, sitting on my office chair. I’ll get a better screenshot when I finish the ride in a few hours

First off all, I think it will be a good idea to always mention Trainer Type when reporting PowerMatch results. I refuse to believe that all trainers will respond the same way…
So here’s my first test on a Tacx Vortex;
My experience was totaly different because I was blown away by how good it works. At the start of the workout I’m usualy 20-25w too high because everything is still cold. Powermatch adjusted 21w down after 20sec. Then the corrections became gradually lower because trainer and tire got to temperature. After about 12min I had Powermatch at +/- 4w for the rest of the workout. Ended up with an almost perfect fit to target. Only the first 20 sec were off and that is totaly acceptable. This is off course an endurance ride at steady state and I will need to test some intervals to see how it behaves there. I’m very happy with this result for a first beta release!
The difference I see with Jeremy’s setup, is that in this zone my trainer is, once warmed-up, very close to my PowerMeter and corrections are small.
At first Alex was talking about 5% tolerance but for me it tracks within 1%

Actually Powermatch did automatically what I have been doing manualy for some time now by adjusting the intensity. All temperature drift is nicely removed. 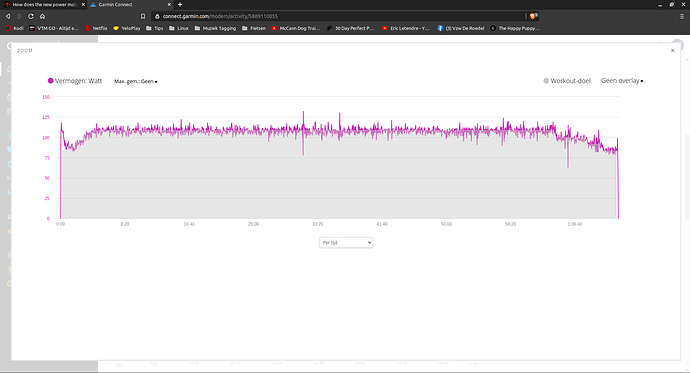 Same trainer as what I use - vortex and same watt range as well from cold to hot, same things I was doing before powermatch arrived. Questions as well aside from the trainer type, phone or tablet and how long was the break before riding again? My note 10 has a built in app that allows me to split my screen in 2, when I did this to the app while riding it crashed, same thing happened when I was using xert beta.

Okay, here are some screenshots. Note, I am using a Kinetic Road Machine Smart Control (thanks for the suggestion on listing what trainer). It really is pretty good erg mode and I don’t have much to complain about, especially for a V0.5.

This first screenshot is when I started pedaling again after getting back on the bike (this was a few hours of break, but the same thing happens even if I get off for only a minute or two). The resistance is very difficult while and I have to crank along until the app registers and the “PowerMatch” works.

Below, here you can see when the app recognizes, it over-corrected, then got back into a pretty good place, where I would expect

I stopped 2 more times during the ride to help brush my son’s teeth and to go to the bathroom. When I got back on, the resistance was really hard again. I didn’t try and push through in like the screenshots above, so my cadence was super low (<50rpm) at my wattage was somewhere around where it should be. I’m thinking adjusting after 13seconds will help this rather than 20. It feels a lot longer than it is, and isn’t something I’m used to.

This next screenshot is the /\/\/\/\ I was talking about. It’s hard to see especially within the app view, and I couldn’t really capture a better picture of what I was experience in TrainingPeaks or Strava. 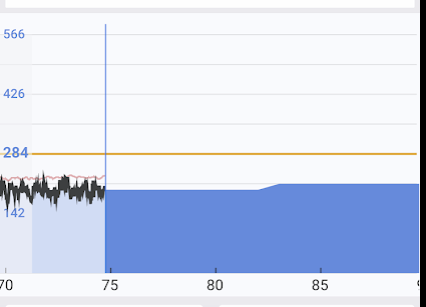 It feels like the resistance gets lighter, then compensates by triggering an erg adjustment, and does it again a couple times all while maintaining a very similar cadence and the same gearing. I’m not really sure how else to describe the phenomenon. This doesn’t happen the entire ride, but at least for 5-10minutes I notice it. I’ll try and screen record next time

Great news. I think it works well now for more steady state efforts. We did something much simpler so my original idea about 5% off did not happen, we adjust all the time in real-time so other than large power target changes should be within 1%.

Jeremy thanks for your detailed expination. I know exactly what the problem is. We just need to ignore when large power changes occur because the difference between power meter and smart trainer reported power become large. Just as you guys described before, you stop pedalling and it switches from PM to ST because PM goes to 0 quickly and ST does not. You can see this in this image. We can fix this no problem. 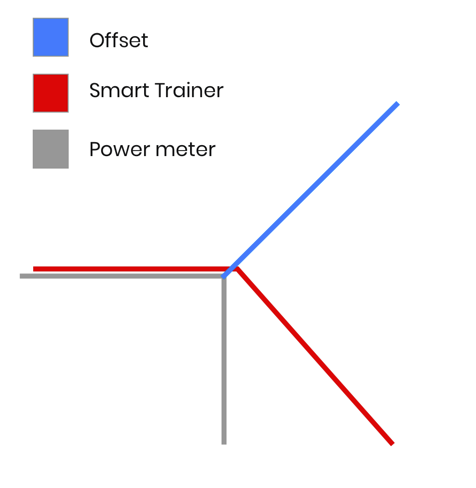